Changes at the Top of the AEHT

CHANGES AT THE TOP OF THE A.E.H.T.
Every three years the statutes demand that there should be a new president. After Jean-Paul Bernard (founding president, France) Alf Carlsson (Sweden), Ciaran O’Cathan (Ireland), Michel Gaillot (France), Louis Robert (Luxembourg), the Executive Board elected as its president Alfonso Benvenuto, representative of the Italian schools ; being the only candidate, he was elected by acclamation.
During this ‘summit meeting’ which took place at the Copenhagen Hotel School on Thursday October 16th, there were also some other changes.
Vice-president Mary Owens (Ireland) and vice-president Akos Sasvari (Hungary) were not candidates for re-election, and were replaced by Boguslawa Pienkowska (Poland) and Neeme Rand (Estonia).
Moreover, among the appointed members of the Managing Committee, John Rees Smith (UK) will leave his post at the beginning of 2004, to be replaced by Nadine Schintgen (Luxembourg).
The members of the Managing Committee are :
President : Alfonso Benvenuto
Vice-presidents :
General Secretary : John Rees Smith and (from 2004) Nadine Schintgen
Treasurer : Hans Russegger 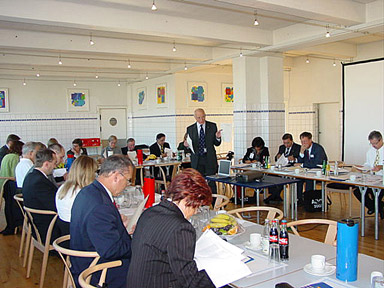 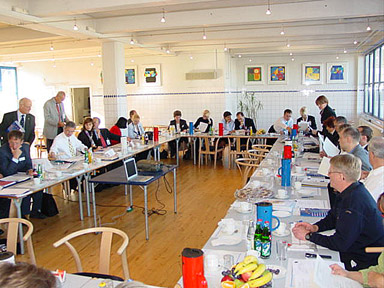 the national delegates meet for their twice-yearly ‘conclave’ 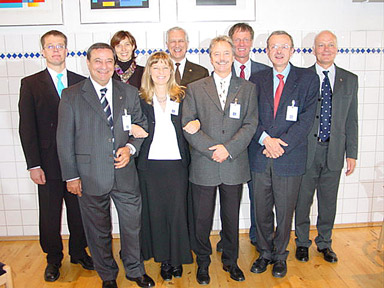