The Final Evening - next year in Copengagen!

The same setting, the Teatro del Mare in San Remo. The same beautiful hall decorated with pretty flowers, and the same team of waiters and waitresses as at the Italian evening the previous night. But there is not the same atmosphere. It was October 31st and the next day the delegations would be leaving. So it was the evening for saying goodbye, and for the traditional prize-giving for the various competitions.

According to tradition, the gala evening on October 31st marked the end of the San Remo Annual Conference. In the same hall as the night before the same guests are gathered for dinner, but also to applaud the winners of the equally traditional eight competitions. 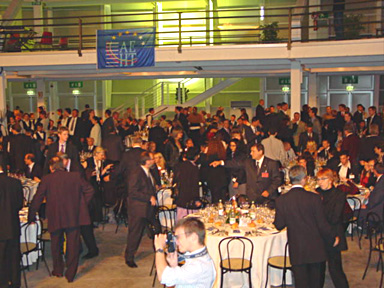 View of the hall in the Teatro del Mare before the prize-giving. 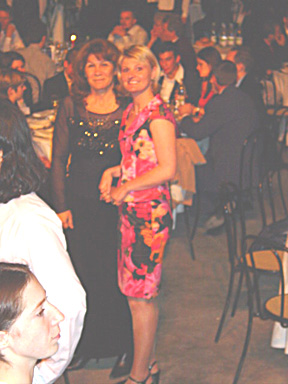 Italy and Luxembourg seem to be getting on well …

As always, the prize-giving caused explosions of joy in various parts of the hall as the names of the various winners was read out. On the platform Louis Robert, Umidia Nardone, the vice-presidents Adolf Steindl, Alfonso Benvenuto, Mary Owens, Akos Sasvari , general secretary John Rees-Smith and treasurer Hans Russegger who take it in turns to hand out the prizes and the certificates. 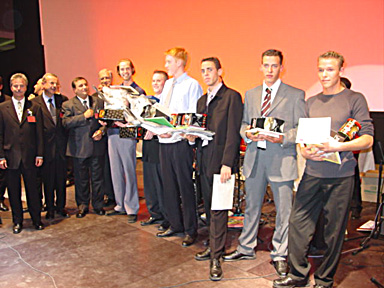 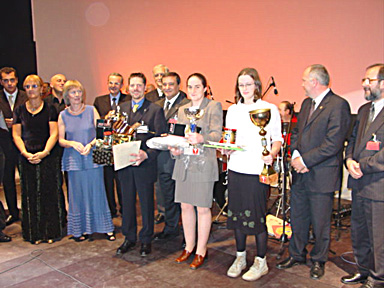 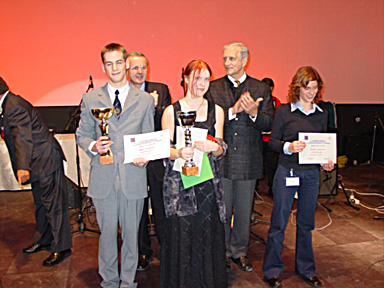 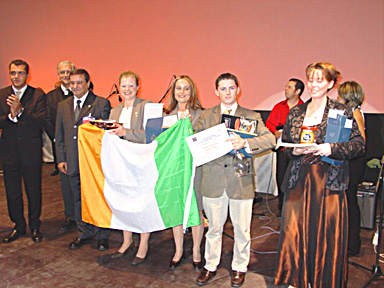 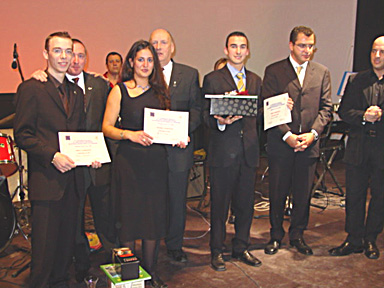 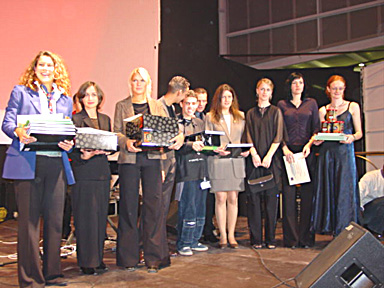 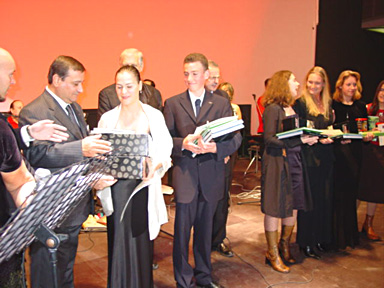 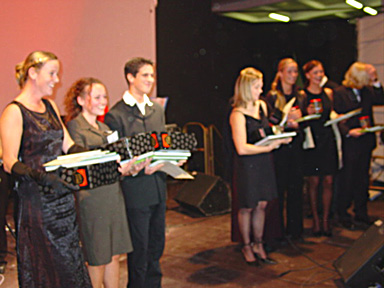 The usual protocol was not entirely respected, and it was only after the prize-giving that the various speeches were made. Giovanni Berrino, the deputy mayor of San Remo, and Lorenzo Barla, the mayor of Arma di Taggia, both expressed their delight at hosting this year’s AEHT Conference, and their admiration for the enormous achievements of the team from the IPSSAR Eleonora Ruffini.
For his part Louis Robert, president of the AEHT, recalled the beginnings of the Association 15 years ago in the Strasbourg hotel school, and expressed his pleasure at the imminent entry of ten new countries into the European Union. ‘We will continue to promote the European ideal’ said he with emphasis. Louis also lavished his thanks on Umidia
Nardone and her team: 'Looking after 700 people is no mean feat, and requires a competent and dynamic team. And this year our hosts had a serious handicap, given the short time they were given to make arrangements. It is fitting to pay hommage to their courage, and I give them full marks, despite the minor problems which may have arisen here and there.
Many thanks to all the team for all their excellent work. …’
And then the president made a point of mentioning the spirit of the competitions: ‘They are intended to give young people the opportunity of participating, and of meeting other young people. Winning certainly brings pleasure, but is not important. As in the Olympic Games, the most important thing is taking part …’ 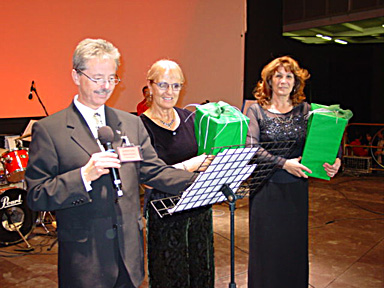 Louis Robert expresses his thanks to Umidia Nardone and Fiorella Fachechi

Then came the great moment, the moment that marks a turning point: the handing over of the flag from this year’s organising school to next year’s – which will be Copenhagen in Denmark; so Umidia Nardone with Fiorella Fachechi at her side, handed over the flag to her successor, Christian Beck, to loud applause from all the guests. And with this image in their minds, it was goodbye for the delegates who had come from all corners of Europe to share for a few days the feeling of belonging to an exceptional organisation: the A.E.H.T. ! 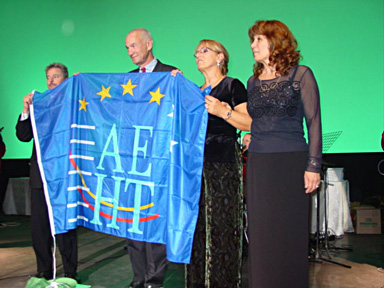