The Competitions - attracting a lot of interest!

The competitions have been part of the AEHT’s traditions since the Association’s beginnings, and each year all the places are taken by students who have often been ‘trained’ during the year by their particularly efficient ‘teacher-coaches’. In some cases the coaching has been so effective that the spirit of competition, which should be that of giving young people the opportunity of pitting their knowledge against that of their peers, turns into a spirit of confrontation ! 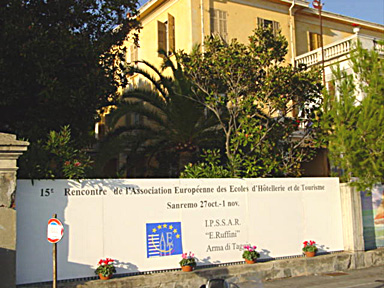 You can’t miss the IPSSAR : the sign at the entrance speaks for itself !

The eight traditional contests : bar, flambée work, wines, tourism animation, reception, tourism promotion, cookery and pastry mostly took place in Arma di Taggia, either in the Eleonora Ruffini school, or in other restaurants in the town. The only competition to be held elsewhere was the cookery contest, which was hosted by the « Paul Valéry « vocational school in Menton, in France, with which the IPSSAR of Arma di Taggia has friendly relations. 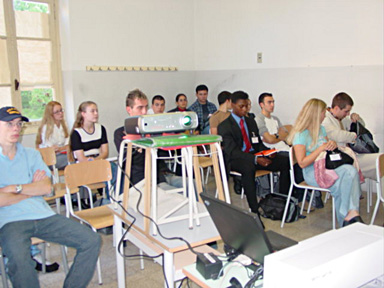 The competitions took place on Tuesday October 29th and according to the number of competitors they continued into Wednesday October 30th, always supervised by a teacher in charge of that particular competition.
During these two days the IPSSAR Eleonora Ruffini was a real hive of activity where it was sometimes difficult to make your way among the students, the teachers and those accompanying them. It is true that some criticisms were heard, especially concerning the way that the official working languages were not always adhered to, and the composition of the (all-Italian) judging panels, but despite all this the students consistently worked in a spirit of giving of their best. This was not always easy, as quite naturally the technical installations were not exactly the same as those they were familiar with. 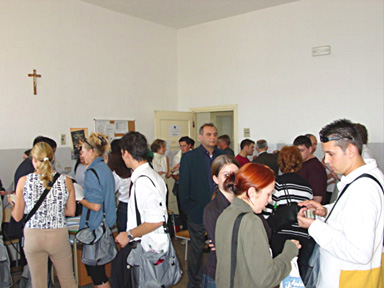 The IPSSAR Eleonora Ruffini as busy as a bee-hive!

But when the results were announced and the prizes given out on the last night, the winners were loudly applauded, even if here and there some disappointment was felt.
Here are some views of most of the competitions : * 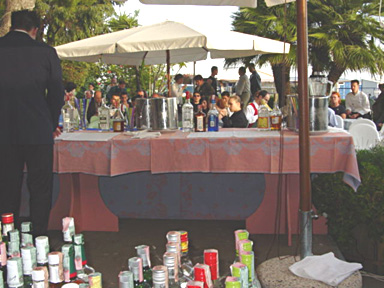 Bar : in the « Clipper Bar ». The competition was held in the open air, with a hot sun and very keen spectators. 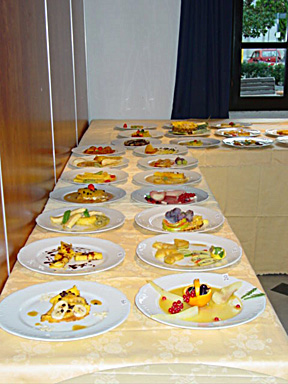 Flambée work : in the Villa Boselli : some beautiful work was produced 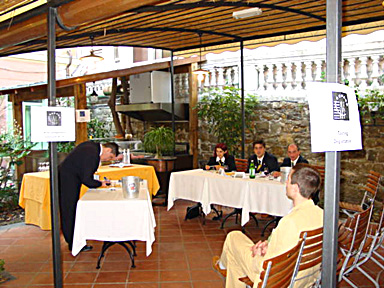 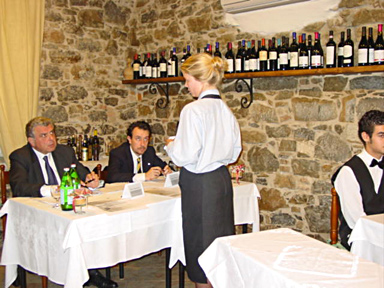 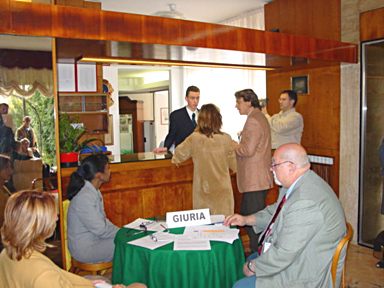 Reception : at the Vittoria hotel, the judging panel watches closely 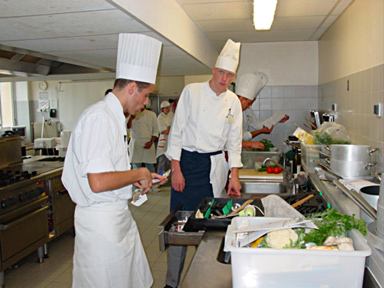 Cookery : at the « Paul Valéry » hotel school in Menton, all is ready 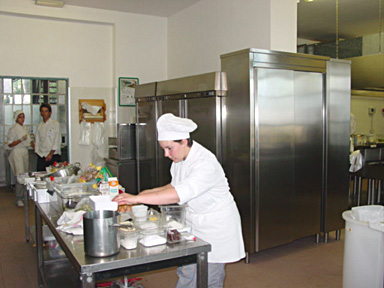 Pastry : in the kitchens of the IPSSAR, the pastry-cooks are at work

* Please note : unfortunately we have no photographs of the Tourism Animation and Tourism Promotion competitions. For both of these competitions the journalist arrived too late, being unable to be in more than one place at once ! He asks for your indulgence.
FaLang translation system by Faboba